In January 1971, Chauncey Grade school was one of only two, two-room schools in the county.  Birds, Petrolia, and Hutton had three rooms, Petty and Fillmore had four rooms and Brookside had eight. The other two- room school remaining was Lukin Grade School. Harold Roosevelt, the head of the board of education for that school, was forced to call a special meeting with the residents of that district to discuss the school’s future.

The state had placed the school on probationary recognition and unless positive steps were taken to consolidate with another school district, state aid would not be forthcoming. The school could not financially continue to operate without state aid.  Washington and Fillmore school districts weren’t interested in taking the entire Lukin school district however, Sumner school district was. Wabash 348 (Mt. Carmel) was also considered but if Lukin was annexed to this school, they would have to detach from the Bridgeport High School district. 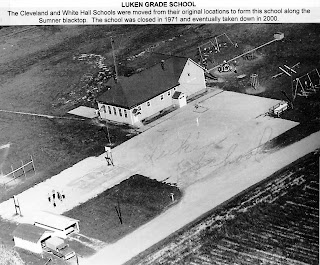