The Farmer’s Picnic at Lanterman Park in Bridgeport promised to be a big one. There would be horseshoe pitching for the men, a nail driving contest for the ladies, a sack race for boys under 14 and a potato race for girls.

Carl Case advertised that he was a veterinarian from Sumner. 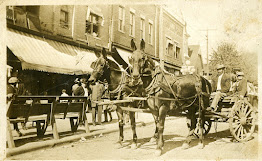 Joe Hill of Birds was selling pears for $1.50 a bushel as was the E. M. Sarver orchard 3 miles south of Sumner. Warren Klingler and E. W. Heath were picking apples for E. M. Sarver while Misses Eva Forsythe and Nettie Ulrich were working in the Stevens’ orchard. 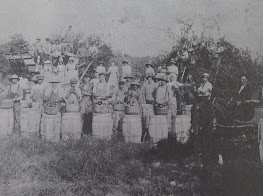 James McBride living on Sand Ridge had won first prize on sweet potatoes at the Bridgeport Stock Show every year that it had been in existence. Allie Organ received first prize on white corn. Clint Clements grew a beet weighing over 10 pounds and 24 inches long. 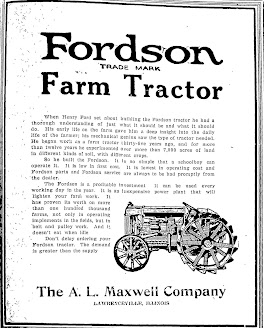 W. H. Phillippe advertised that his sorghum factory one-fourth mile west of Pinkstaff was ready for the public. The hum of another sorghum mill could be heard at Charles Saums place near Pisgah.

Harry Ulrich improved his farm by building a new barn, as did H. E. Pickering and Wick Johnson who built a new barn on the Charley Hovermale farm in the Lower Dension area.

Miss Alicia Beesley had 16 sheep killed or wounded by some dogs.

(Ed Note:  Photos like these are included in the newest publication from the Lawrence County Historical Society. Growing Aware )